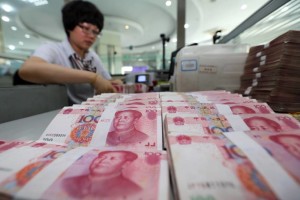 On Reuters’ report on Monday, the U.S. dollar had gain some ground against the euro and the Swiss franc after a minimal recovery in the stock market took place.

According to Reuters’ dated January 18, China’s yuan gained around half a percent to add to funding costs for foreign players speculating against the currency after the trade weakens out by the absence of the U.S. markets during the holiday season. However, the U.S. dollar was able to bounce back through the dollar/yuan rate back below 6.60 which is around 2.5 percent off highs for the greenback reached in the first week of January.
Other currencies such as the Australian dollar gained 0.32% despite another drop in the oil price was announced and felt. On the other hand, other commodity-driven currencies had, at the same time, felt the ease as they experience stability after weeks of being unstable. This is a good indicator of progress for many areas of the globe which are driven by commodities.

Meanwhile, euro is balancing on investor’s appetite for risk after the prediction wherein the said currency will fall at the start of the year 2016. This is brought about by the increasing difference between the U.S. and the euro zone interest rates. This plays a huge role in the development of these currencies’ stand in the market. In the market today, U.S. dollar had gained around a third of a percent against the euro to $1.0886.

According to Josh O’Byrne, a currency strategist with Citi in London, “with the European Central Bank (ECB) likely not close to additional easing, this week’s meeting looks unlikely to stand in the way of safe-haven buying of the euro”. However, few people are hopeful that this week’s meeting of the ECB will change its dynamic.
Aside from those above mentioned currencies, Japan’s yen is also higher by 117.29 while the Canadian dollar is low by C$1.4650. The said data blooms market expectation that the Bank of Canada will decide to lower their interest rates as early as this week.

With these changes in the value of each currency, the U.S. dollar index bounced up 0.10% at 99.08. This measures the greenback’s strength against the six other major currencies of the world.

Previous U.S. Economy: deeply hurt by the start of the year
Next US dollar’s continuous losses after disappointing data released