Global market and its economic movement can greatly affect individual lives as consumers and producers of goods. So here are some of the most talked about news in the global market today which you must know. 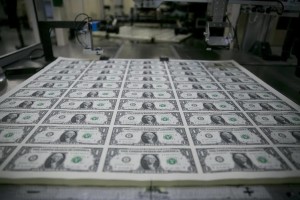 Unmet expectations are high once more as the US dollar extends its losses against the other six major currencies in the world on Friday, January 15. Reports show that the downbeat in the U.S. economic data has been the major cause seen of this unmet analysts’ expectations. The downbeat of data in the U.S. market itself continued to support demand for the safe-haven yen and Swiss franc. With this, USD/JPY tumbled 1.08% to 116.76 as shared by investing.com.
Looking back at some December data where, according to the U.S. Census Bureau, retail sales fell down 0.1% against the market expectation for a 0.1% rise. “Core retail sales, which excludes automobiles, slipped 0.1% last month, disappointing expectations for a 0.2% gain”, says investing.com in their previous issues. Retail sales play a huge role in determining the strength of the U.S. dollar since it is one of the biggest contributor in the overall economic activity or economic cycle.
There are also other records shown where a deteriorating data is being observed. “New York’s Federal Reserve said its Empire State manufacturing index deteriorated to minus 19.37 this month from minus 6.21 in December”, investing.com shared. At the same time, in a separate report, U.S. producer price index dropped 0.2% in December while Core PPI, which excludes food and energy, raised 0.1% last month. However, market analysts are still positive to see an improvement to minus 4.0 this month, January.
On the other hand, yen was able to maintain its standing as the Brent crude fell below $30 per barrel threshold on Friday due to the pressure caused by concerns related to the global supply glut which had heavily affected the commodity-related Australian, Canadian and New Zealand dollars. Based on records, “AUD/USD plummeted 1.51% to nearly six-year lows of 0.6878 and NZD/USD tumbled 1.17% to three-month lows of 0.6398, while USD/CAD climbed 0.86% to an almost 13-year peak of 1.4492”. This is in contrast to the EUR/USD which was able to advance at 0.77% to trade at 1.0951 and is lower against the Swiss franc by 0.52% to 0.9995.
In totality, the U.S. dollar index was down 0.48% at 98.61 which is still not a good figure to stay at.

Brent crude dropped more than 4 percent at the start of the year 2016 as the global market prepares itself for the probability of an increase in the Iranian oil exports with the lifting of international sanctions possible within the days.
According to Reuters, “the International Atomic Energy Agency (IAEA) could issue its report on Iran’s compliance with an agreement to curb its nuclear program during a Friday meeting in Vienna, potentially triggering the lifting of western sanctions”.
With Iran in the picture, Brent and U.S. crude oil will be at stake to close lower for a third consecutive week. Oversupply of demands simply means a drop in prices to be able to sustain the balance in the supply and demand chain.
Following the data provided by Reuters, “U.S. crude futures were five percent lower at $29.64 per barrel at 1053 GMT, after posting the first significant gains for 2016 in the previous session. The contract earlier hit $29.39, the lowest since November”.
With all of the above mentioned data, Brent’s March contract was down $1.15 at $29.73 a barrel as it fell down at $29.43. This data has been the lowest data recorded since February 2004. However, February Brent contract was felt higher for the first time this year at $31.03 per barrel. This contract will expire this Thursday.
Somehow, there are other influential banks such as the U.S. Goldman Sachs who preferred to maintain its price forecast within the first half of this year, 2016. U.S. crude maintained a $40 price forecast as per Goldman.
They, too, released a report in which it is further discussed stating “the key theme for 2016 will be real fundamental adjustments that can rebalance markets to create the birth of a new bull market, which we still see happening in late 2016”. This is a huge risk for the U.S. Goldman Sachs knowing that a probability of an additional oil supply would add glut which pushes prices into a deep slump since mid-2014.

Previous Losses in the stock market are likely to be felt during the holiday break
Next U.S. Economy: deeply hurt by the start of the year