Euro is stronger by 1.98% as ECB unveil fresh stimulus measures 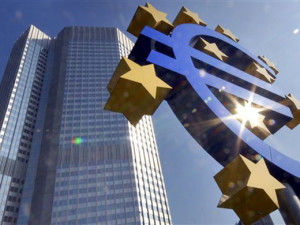 As per data shown by investing.com, “EUR/USD jumped 1.98% to 1.0824 after falling to 1.0577 earlier, not far from Wednesday’s seven-and-a-half month trough of 1.0549. “ This projected data is a good indicator that the market’s economy was able to cope with the changes in figures days ago.

To help boost the market’s economic figure resulting to a stronger Euro currency, the European Central Bank came up with a decision that they will held its marginal lending rate at 0.30%. Marginal lending rate refers to the rate which is charged to the banks if they borrow capital from the central bank itself. At the same time, ECB decided to maintain the main refinancing rate at a record-low of 0.05% which is in line with the market’s expectation.

Other solutions which the European Central Bank embraces is the expansion of its bond-buying purchase scheme beyond the current cut-off point of September 2016 until the end of March 2017 or beyond if necessary according to the ECB’s President Mario Draghi. It is also stated that the entity will extend its range of assets which are eligible for purchase and, at the same time, will buy both regional and local government debts. These so-called debts are then be reinvested to quantitative easing using its proceeds as the bond reach its maturity date.

Previous U.S. Dollar marked eight-month high in light trade against other currencies
Next Investors could be pressured in Fed’s interest rate hike