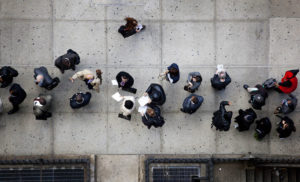 As the effects in the announcement of the Federal Reserve’s minutes of March meeting continued to weigh in investors’ sentiments, the U.S. dollar was able to cope from its losses after the release of an upbeat U.S. jobless claims data.

It has been reported by the U.S. Department of Labor that the number of individuals filing for initial jobless benefits in the week ending April 2 decreased by 9,000, surpassing the analysts’ expectations of a 6,000 decrease. The said department listed a new data of 267,000 from last week’s 276,000 benefiting the dollar itself.

In today’s report, EUR/USD was down 0.28% marking a 1.1370 decrease in euro. It was further reported that the European Central Bank, in its March policy meeting on Thursday, revealed that majority of its members supported the unprecedented easing measures taken by the ECB. This is after Victor Constancio, ECB Vice President, assured that the euro zone monetary authority will do whatever is needed to comply with its price stability mandate despite of Europe’s faced challenges.

Meanwhile, the U.S. dollar was a little changed against the Canadian dollar listing a 1.3101 change after rising to 0.7638 earlier today. The change was brought about by the reports showing an increase in Canada’s building permits by 15.5% in February after its decline in January by 9.5%. The new figure had surpassed market expectation of a 4.8% rise.
On the other hand, USD/JPY was down 1.23% at 108.42 after hitting a fresh 17-month low of 108.03 earlier in the session as reported by investing.com. However, despite the records low on USD/JPY, the U.S. dollar index was steadily at its 94.52 standing. 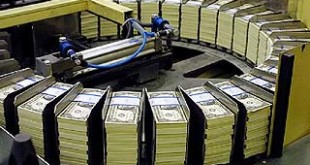