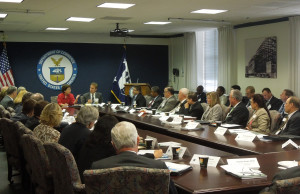 Amid the oil glut in the market today, the value of the U.S. dollar climb moderately higher against other major currencies after it is announced that the U.S. housing sector had bloomed strongly.

Information from investing.com states, “The U.S. Commerce Department said that housing starts jumped 10.5% to hit 1.173 million units last month from October’s total of 1.062 million units”. This increase is quite far from the analysts’ forecasted 6.6% rise which supposedly tallying a 1.135 million in the list.

Relative to this, issuance of building permits rise gathering an increase in data by 11% to 1.289 million units last month compared to October’s total of 1.161 million. This data had easily surpassed market expectation that a decline of 1.0% to 1.150 million units would likely to occur this month.

This moderate increase in the value of the US dollar has been affected, at the same time, by the disappointing expectations in the U.S. industrial production which was reported with a decreased of 0.6% from the previous month dated.

As a whole, the U.S. dollar index, which is a tool which measures the greenback’s strength against other six major currencies, was raised 0.10% at 98.30.