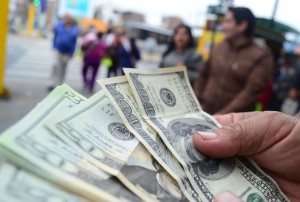 Just before the U.S. market expected a thin trading volume before the thanksgiving holiday comes, the dollar held steadily high for eight long months compared to other major currencies in the world. According to investing.com, “USD/JPY edged down 0.15% to 122.57”. This positive chain of U.S. data had well-supported the greenback which added speculations to many that the Federal Reserve will raise interest rates in the upcoming month.
It has also been reported on Wednesday that the U.S. Department of Labor said that there is a decline of numbers in individuals filing for initial jobless benefits in the week ending November 21 which directly means that more people are capable of money spending which enhances the economic flow in a state. A “declined by 12,000 to 260,000 from the previous week’s revised total of 272,000”, investing.com added.
In terms of U.S. durable goods, data shows orders jumping by 3.0% last month surpassing 1.5% as forecasted. On the other hand, a rise of 0.5% in the core durable goods orders is shown in the October data which is higher than the expectation of 0.3%. This separates those volatile transportation items.

Aside from the above-mentioned data, investing.com added that “EUR/USD slipped 0.12% to 1.0610, not far from the previous session’s seven-month trough of 1.0564”. However, “sentiments regarding this matter remained weak since the European Central Bank President, Mario Draghi, that the bank is prepared to act quickly to boost inflation and, at the same time, change the level of its deposit rate to boost the impact of quantitative easing” according to investing.com.

Previous Iraq and Iran to Overflow Oil Production in 2016
Next Euro is stronger by 1.98% as ECB unveil fresh stimulus measures