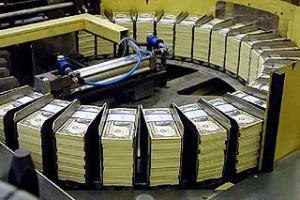 After months of losses, it has been reported that the U.S. Dollars extends its losses after a mixed up of economic data shown on Thursday, January 28. A huge uncertainty caused by the Federal Reserve’s latest policy statement had brought fears and negative sentiments on many market expectators and investors. These market participants had been disappointed after data shows a drop in most aspect of the said data.

The data above shows a downgrade of the US dollar against the other major currencies in the world. In connection to this, other data in the U.S. Commerce Department said that even the total durable goods orders is affected with the dollar’s market standing. Today, total durable goods are down by 5.1%. This is far from the expected 0.6% decline.

On Wednesday news, according to investing.com, “the Fed left interest rates on hold at the conclusion of its two-day policy meeting on Wednesday, after raising interest rates for the first time in nearly a decade in December”. Despite all of these reports in data, market participants should not panic because the U.S. economy is still on track for moderate growth and a stronger labor market. This is despite its gradual rate increases.

On the other part of the story, those commodity-driven currencies, such as the Canadian dollar, were stronger since the oil prices in the market remains low. To sum it up, the U.S. dollar index was down 0.22% at 98.81. This measures the greenback’s strength against the six other major currencies in the world. This indicates the dollar’s value in the world market.

Euro rebounds from losses against the other major currencies after Mario Draghi, European Central Bank ...